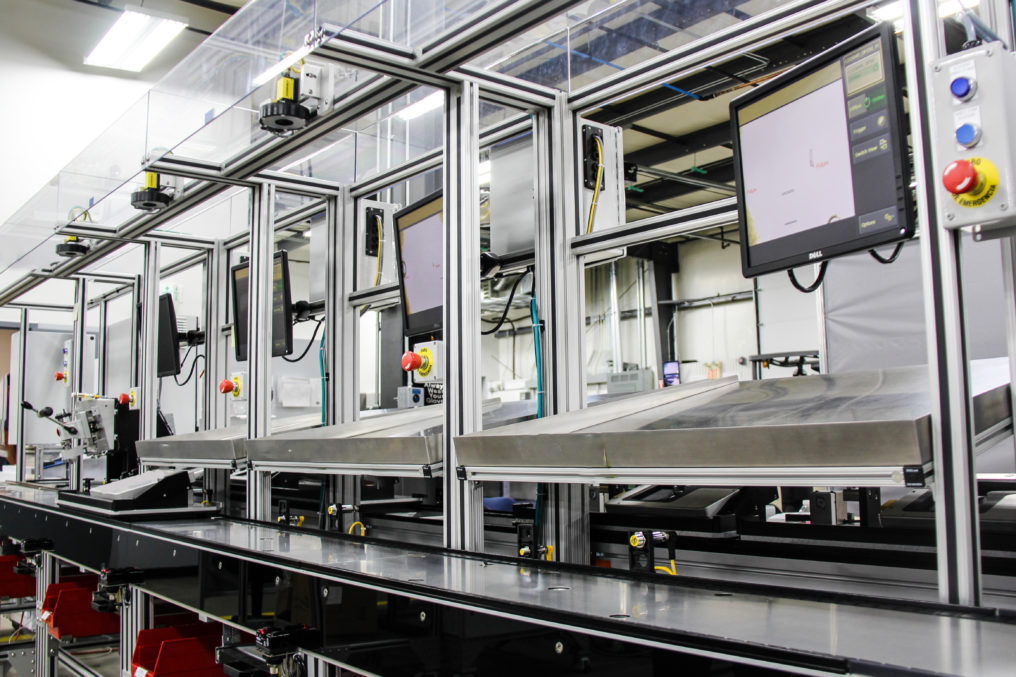 Our customer needed a system that would assemble, test, and label their medical device. Using in-process checks, they wanted to verify that all components in the assembly complied with rigid quality standards; additionally recorded data from post-process testing operations was required on all of the devices.

Machine vision systems were used to verify that the correct components were loaded and assembled properly. The assembly process concluded with the machine-controlled pressing operations that were monitored to ensure the forces and distances the tooling travelled were within the process limits. Subsequent vision inspections verified the device was within dimensional specifications.

Functional testing then verified that resultant forces, from a variable input load, met the design criteria. The device was electrically tested in a system that automatically connected, tested, and disconnected the device. Finally, accepted devices were batch numbered with a laser marker.

This custom machine included these technologies:

Originally, the manual assembly of this device was prone to operator errors. Due to the critical-to-function characteristics of this project, this new system inspected components throughout the assembly process while the device was being held in dedicated fixtures.

The previous testing system for this device was also unreliable and inconsistent. The new system offered a self-calibration routine that automatically calibrated the monitoring equipment during scheduled intervals. Post-process testing was included in the assembly cell to verify that the device was complied with rigid quality standards.